JOSEPH and JANE SANBY were married in the registration district of Ecclesall Bierlow in the June quarter of 1876 (GRO Ref vol9c page 315) and five years later were living with Jane's parents, Joseph and Mary Gill.

Ten years later in 1891 the family had grown with Jane's mother MARY living with them. The family had moved to

The indications show that Jane's mother and Joseph's mother-in-law MARY ANN GILL died in the December quarter of 1892 at the age of 69 Ecclesall Bierlow Vol 9C page 228).

All the details tie in with the previous 1881 and 1891 Census with one exception. The head of the household JOSEPH is marked on the Census as WALTER. This mirrors what happened to my great grandfather EDWIN (Joseph's brother) who is marked down on the 1901 Census as GEORGE. Walter incidentally is the name of  one of his brother Frederick sons. Quite why this has occurred is open to speculation but the most likeliest explanation is that both Joseph and Edwin each named one of their sons after themselves and so they may have "adopted" the Christian names of other male family members to lessen confusion. The other possibility and one that must be considered is that the family may have experienced a downturn in fortunes and were avoiding creditors and the like. Certainly the family had moved into a poor working class area of Sheffield. Lord Street in the Park district was a collection of back to back properties and tenements not at all like their previous address in Crookes. I have been unable to obtain a photo of Lord Street itself but the one shown below of nearby Duke Street shows the type of housing working class families had to endure at the turn of the twentieth century 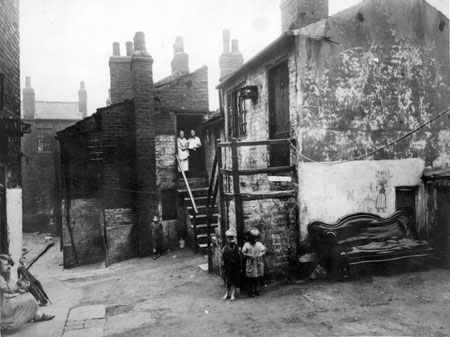 In November 2007 when I located Joseph's burial record, I came across the following entry in the burial registers for City Road Cemetery in Sheffield

I cannot be sure at the moment who the parents of Walter are, I will need to see the birth certificate. What I can state is that Walter died in the same house as the Sanbys were living in 1901.

Joseph died at the age of 56 in the June quarter of 1910 (GRO Ref: Volume 9C Page 320 Sheffield). His death certificate states that he died on 8th April 1910 at 48 Bray Street, Darnall, Sheffield and that the cause of death was Cardiac Disease. The informant was his eldest daughter JANE who was present at his death. At sometime after 1901 she must have married a man named DAWSON. Her home address was given as 34 Bray Street.

Joseph was buried four days later at City Road Cemetery in Sheffield. The curious fact about this is that there are already two infants buried there previously. The full details of the grave are as follows

The reason for this multiple occupancy is unknown. In July 2011 I went to locate Joseph's grave and as I suspected there was no gravestone or memorial. Like many other working class people in Sheffield he was buriedin an unmarked grave as they could not afford the cost of a memorial stone. Joseph's grave is on the right of the path between the trees 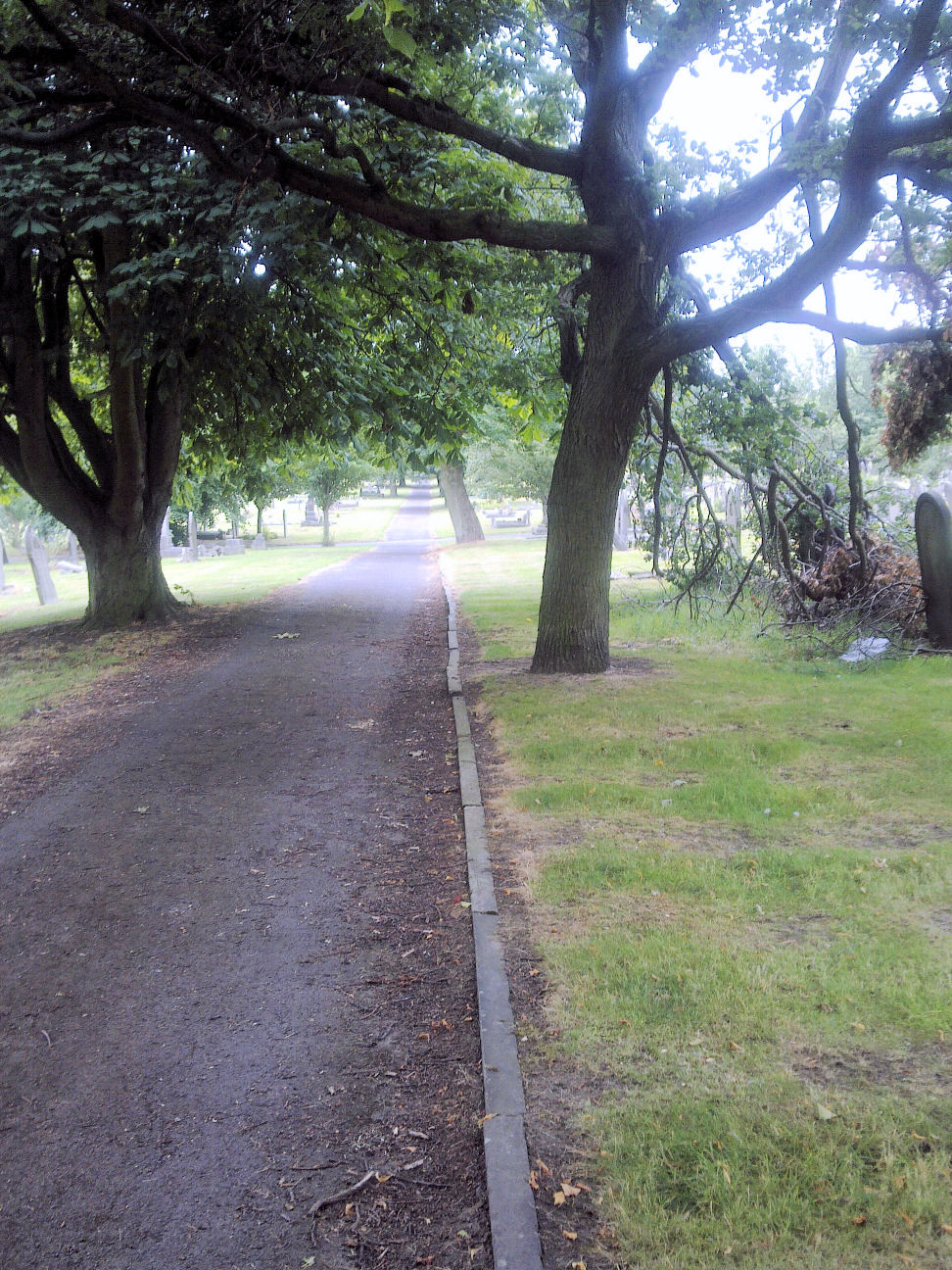 In the same grave are the following

Again quite why Sarah Career and William Dodson are buried there I do not know. But Jane Dawson the daughter of Joseph and Jane Sanby does seem to have died at a relatively young age.

Jane is not buried with her husband Joseph. But like Joseph her grave is unmarked

34 St John Road Sheffield, Yorkshire in 1891. at a The family should be Henry (head), Martha, Elizabeth, Joseph, Alfred, Florence and Charles.

Return to the Sanby Page