Mary Ann Hemsworth was named after her mother and was the second eldest daughter of Alonzo and Mary Ann HEMSWORTH. After spending her childhood in Sheffield, she moved to London to train as a Nurse at Guy's Hospital. There is a studio photograph that was taken prior to 1916 showing Mary Ann in her uniform 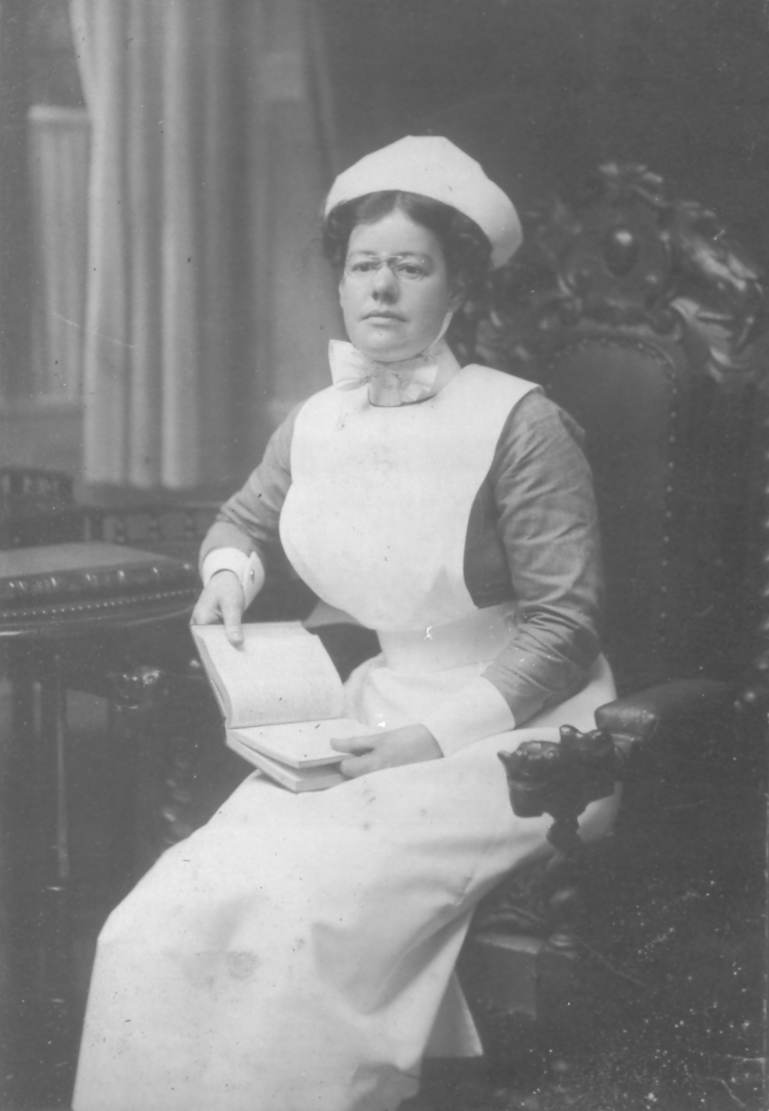 After training she moved to Scotland and was a nurse at the Victoria Hospital, Kirkcaldy Fife.  She later became the matron at the Fever Hospital in Thornton

In 1916 Mary Ann married a CHRISTOPHER BEVERIDGE .  They had two children MARY who was born in 1918 and JOHN (JACK) who was born four years later in 1922. 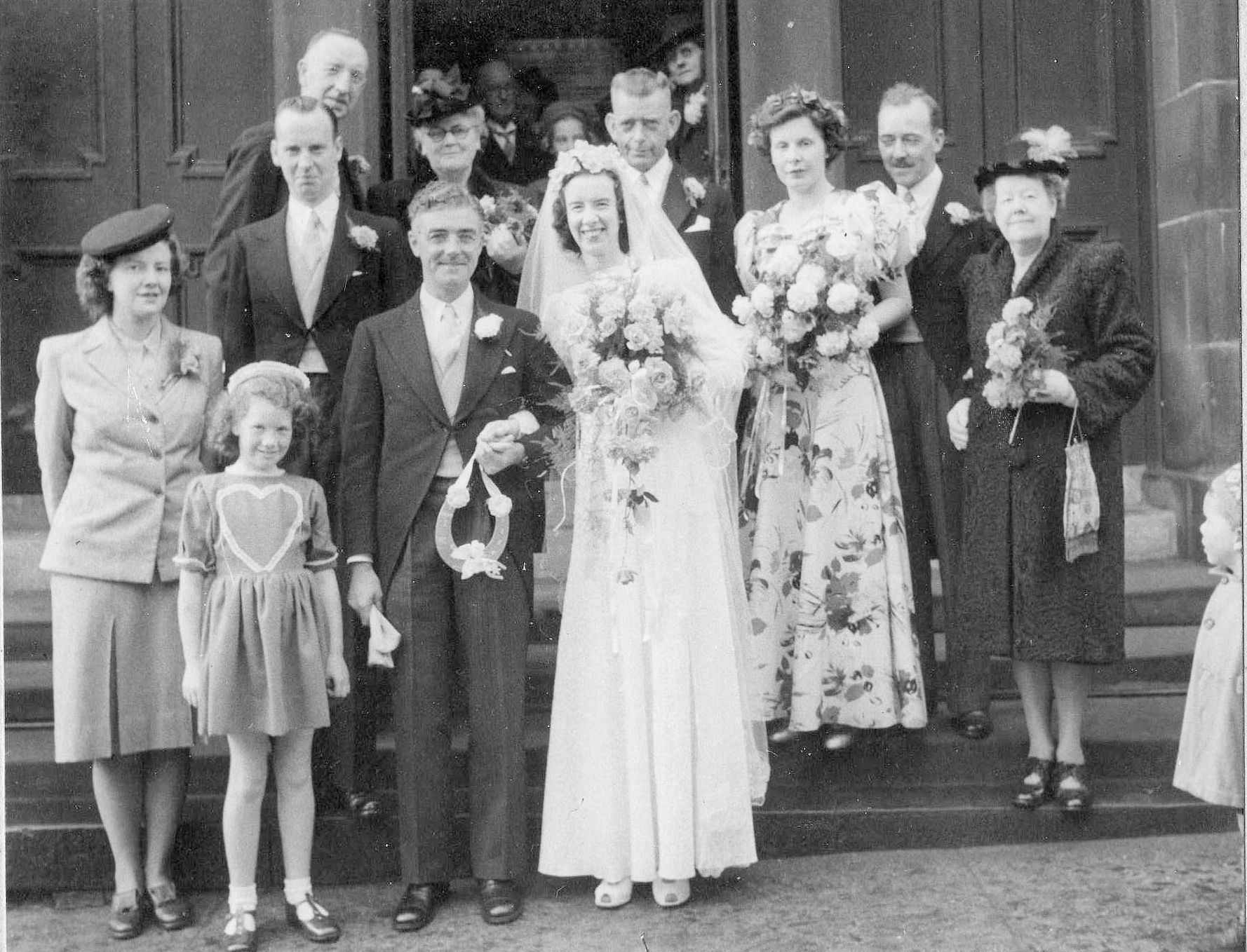 Mary died 2003 age 85. Her brother Jack died seven years earlier in 1996 .  This photograph  was taken circa 1960 when MARY ANN would have been in her mid seventies 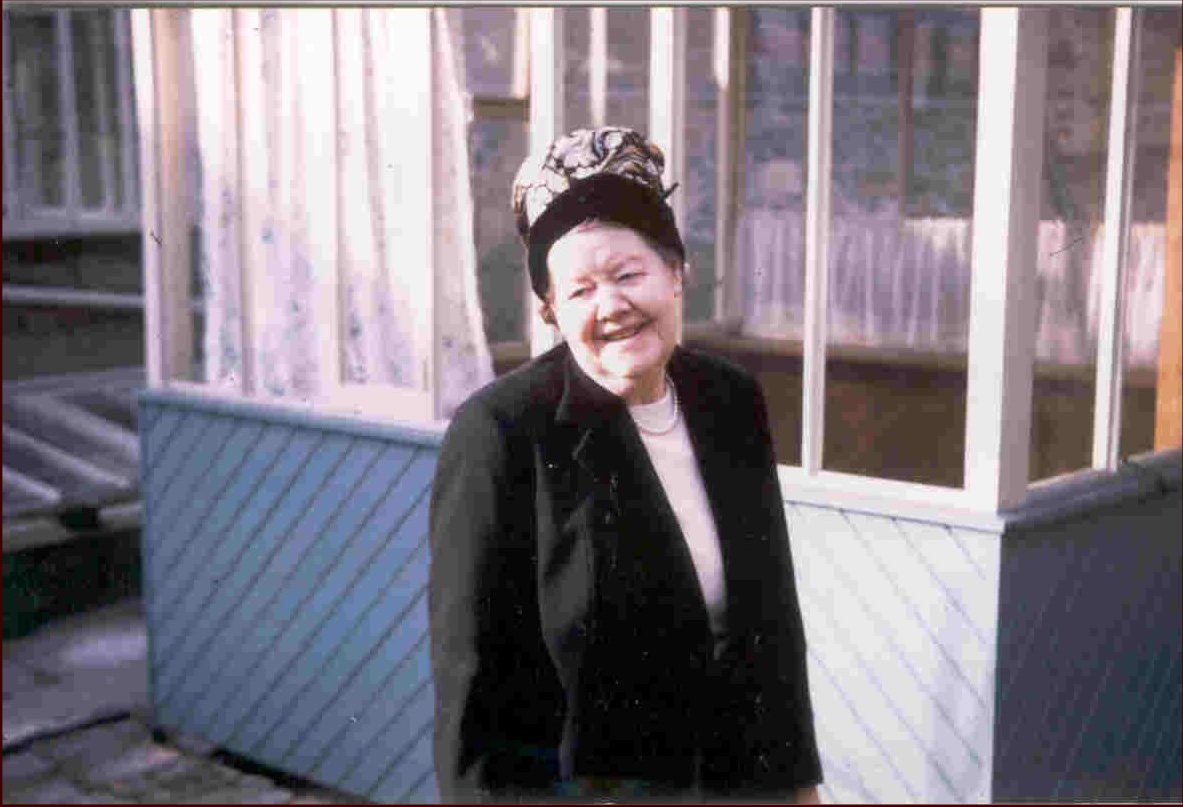