In June 2003, The Observer published an article that compared the Britain of 2003 with the Britain of fifty years before. One of the main points of the article was to initiate a debate about whether or not Britain is a "better" place (whatever that means) now as opposed to then. I will let you make your mind up on that one! . The most interesting part of the article was the comparisons between 1953 and 2003. The Guardian also did a similar article at the same time which used some of the same data 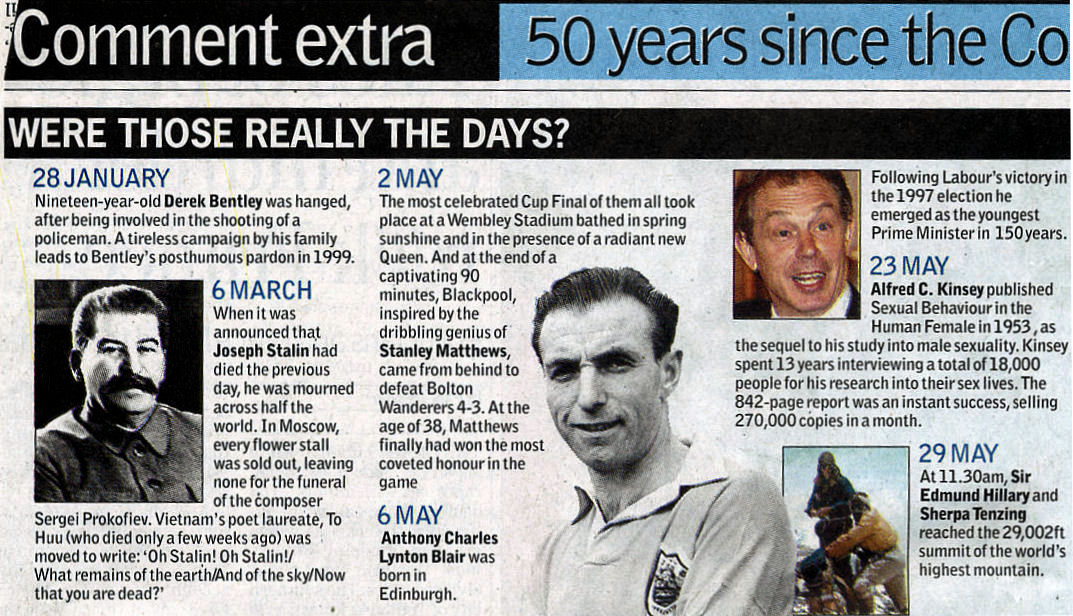 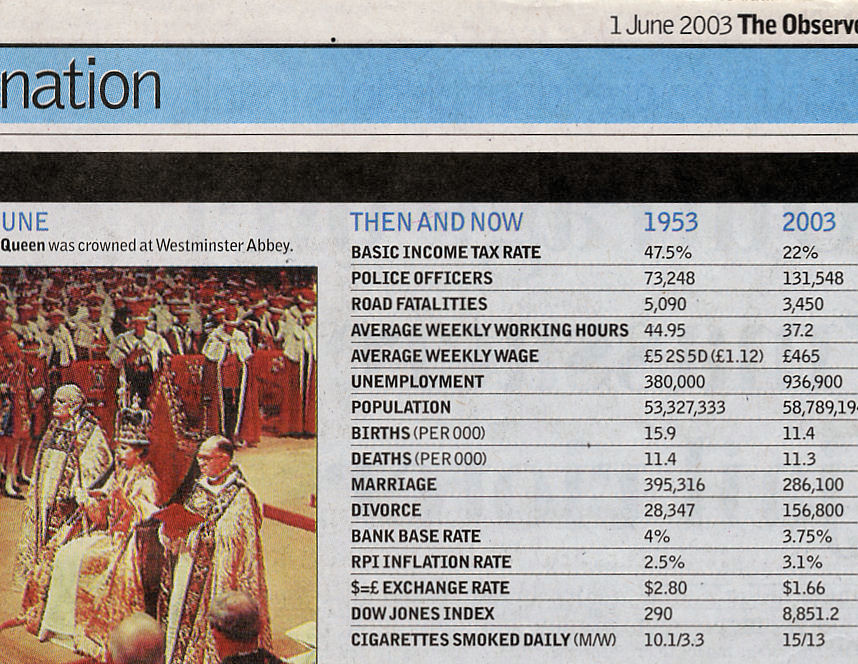 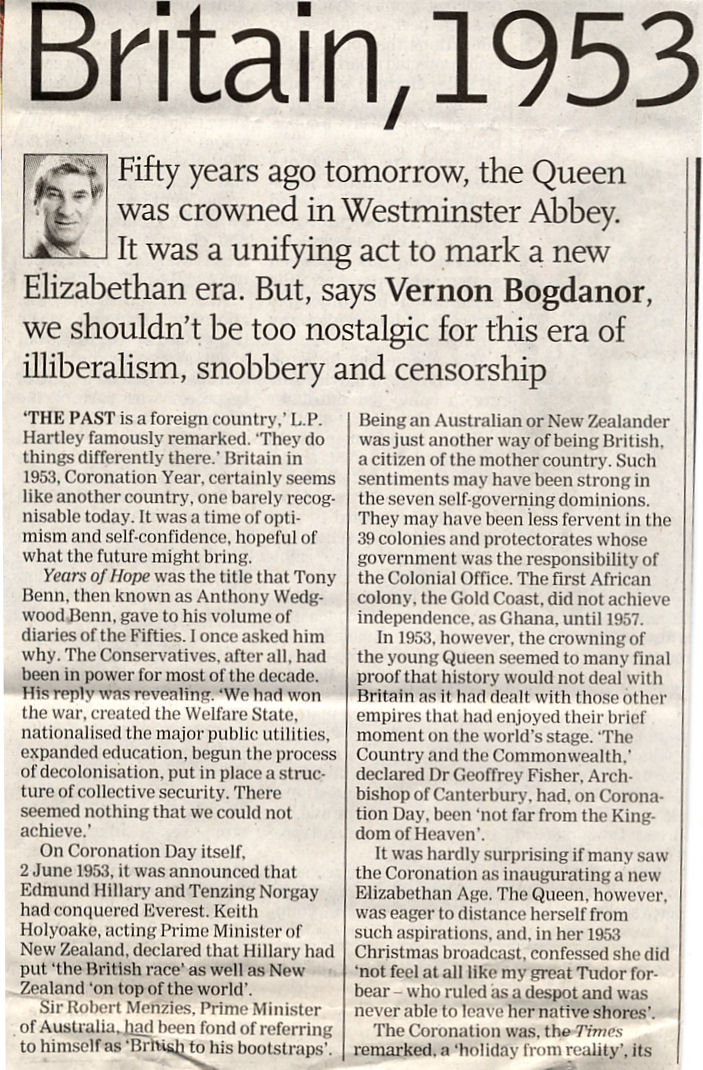 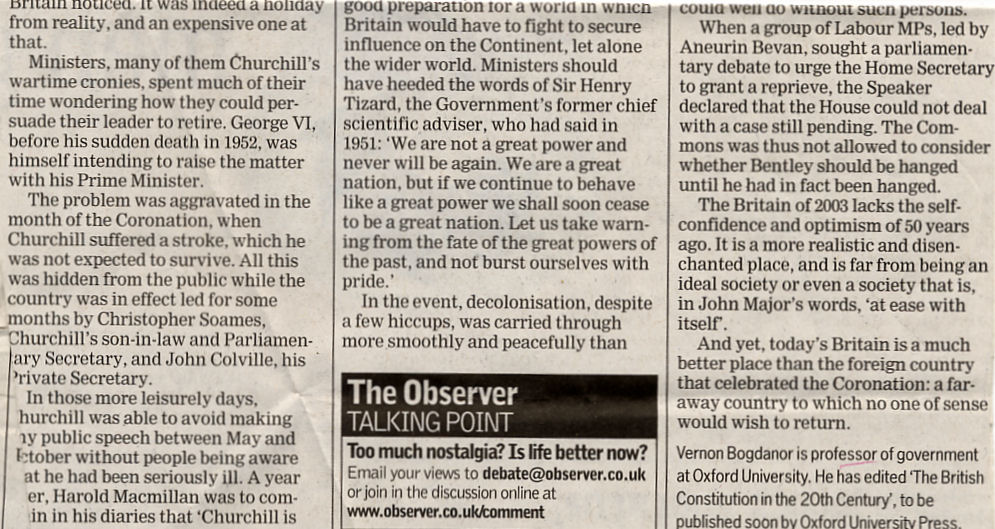